In early summer, the U.S. Federal Reserve announced that there was a shortage of coins causing a limited distribution of coins to banks. With the U.S. in varying forms of lockdown for the past several months, circulation of coins in the U.S. monetary system has come to a relative standstill. Additionally, because of the global COVID-19 pandemic the U.S. Mint was operating with a reduced staff at both of its Philadelphia and Denver mint locations, which create pennies, nickels, dimes and quarters.

In a statement to The New York Times, Michael White, a spokesman for the U.S. Mint stated, “The coin shortage has been mainly caused by coins not re-entering distribution. With businesses opening back up, we expect that the situation will improve as Americans return their coins to banks or recycling machines for redistribution.”

As a result of the coin circulation issue, the Federal Reserve created a U.S. Coin Task Force made up of members from  the U.S. Mint, the Federal Reserve, Armored Carriers, the American Bankers Association, the Independent Community Bankers Association, the National Association of Federal Credit Unions, Coin Aggregator representatives, and the Retail Trade Industry. The goal of the Task Force is to “mitigate the effects of low coin inventories caused by the COVID-19 pandemic.”

As part of the Task Force’s response to the coin shortage, the U.S. Mint is increasing its production of U.S. coins at both of its facilities.

Statista, a leading market research firm, stated in a recent article about the coin shortage, “In the second half of 2020, the Mint expects production increases to 1.2 billion coins in June and 1.35 billion coins per month for the rest of the year– which would add up to a projected total of 14.2 billion coins produced in 2020.” 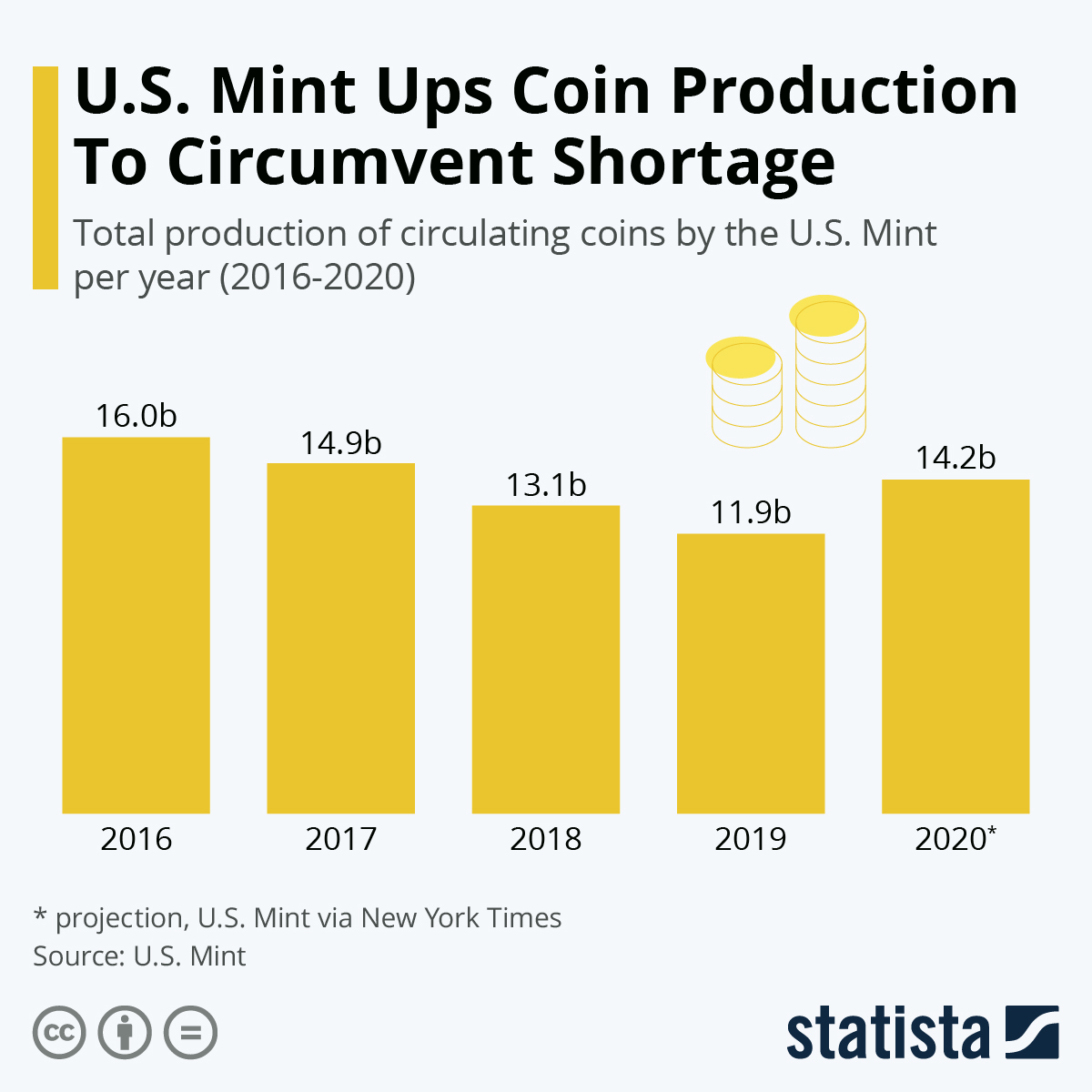 Additionally, in a public service announcement recently released on YouTube, the Mint’s Director, David J. Ryder, asked the public to “help get coins moving by using exact change when making purchases, taking your coins to financial institutions, or turning them in for cash at coin recycling kiosks.” Ryder also advised that people “remember to follow all health and safety guidelines when you are out spending or recycling your coins”.

As we all do our part to get the economy back on its feet as the nation slowly continues to reopen, it has increasingly become evident that cleaning out the change drawer and taking those coins to the bank or a coin kiosk is ever more important.