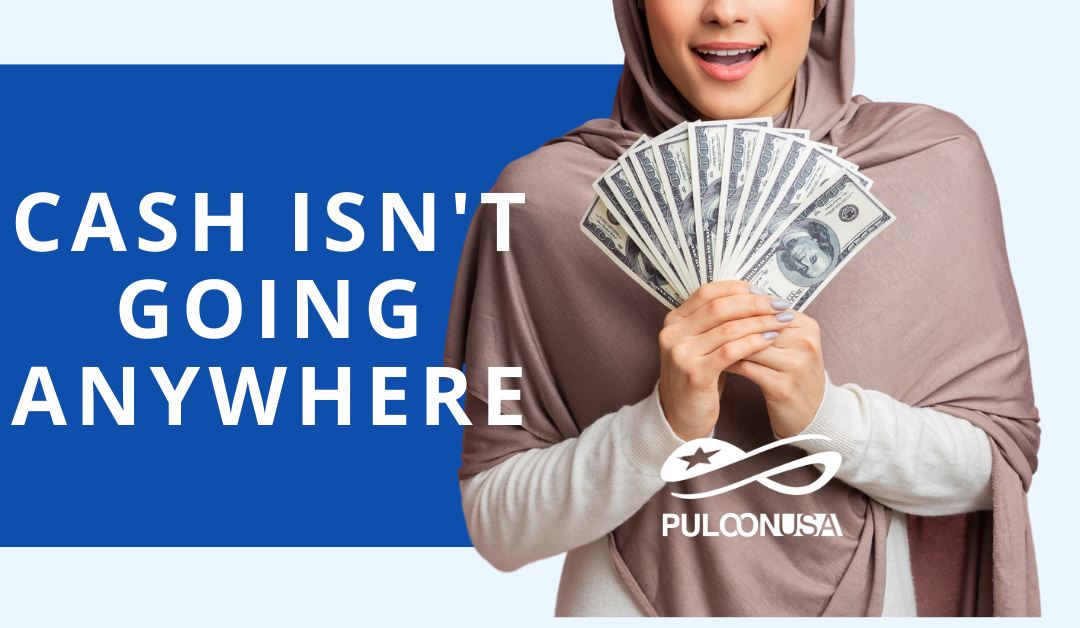 It has long been rumored that cash is going the way of the Dodo bird. With increased access to mobile payment systems and widespread usage of credit and debit cards, rumors of a “cashless society” have increased in recent years. However, cash is not going anywhere.

According to the Federal Reserve Bank of San Francisco’s 2019 Findings from the Diary of Consumer Payment Choice, cash is still the second most utilized payment method. In fact, the report states, “Cash was used heavily for small-value payments, representing 49 percent of payments under $10.”

Concerns about the safety of cash early in the COVID-19 pandemic had people initially turning away from cash in favor of credit and debit cards. However, as we have learned more about how the coronavirus works, transmits and how long it stays on surfaces, we have come to learn that cash is safe, perhaps even more so than plastic credit or debit cards.

Advocates of going cashless have pointed to businesses that have chosen to go completely cashless. And while there is no federal law that cash is required to be an accepted form of payment from retailers that, however, is being challenged by several state and local governments. San Francisco, Berkeley, Philadelphia, and New York City all have passed rules that require businesses to accept cash as payment. Additionally, Massachusetts, New Jersey, and Rhode Island have passed laws that require cash be accepted as a payment option.

Additionally, people of color are disproportionately more likely to be underbanked or unbanked, creating a disadvantage for households who do not have access to a credit card or debit card issued by their bank. If households that are unbanked do not have the ability to purchase goods and services with cash, it effectively cuts these households off from the greater economy. As such, advocates of cash acceptance point out that this is not just a matter of convenience in payment, it reaches deep into racial and economic concerns.

Given the deep cultural history of cash in American society, combined with privacy concerns and concerns about disenfranchising a large portion of U.S. households, it is unlikely that the advocates for a cashless society will fully succeed.