FDIC to Help Unbanked Get Their Stimulus Money 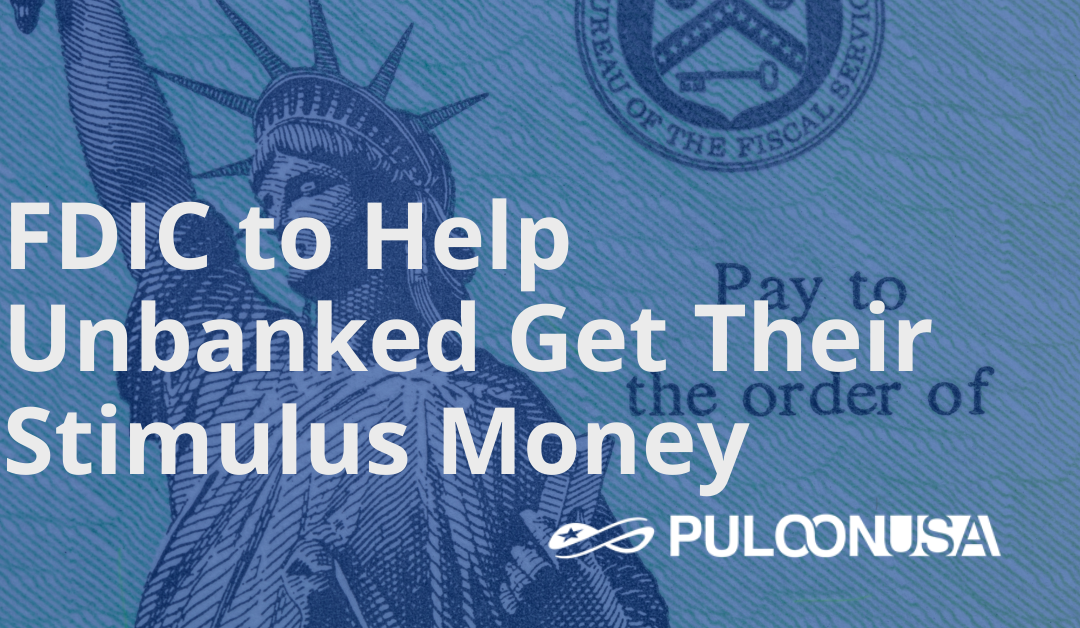 Every two years the Federal Deposit Insurance Corporation (FDIC) conducts a survey, the FDIC Survey of Household Use of Banking and Financial Services, to study households’ participation in the U.S. banking system. According to the 2019 FDIC survey, “5.4 percent of U.S. households (approximately 7.1 million households) were unbanked.”

According to Investopedia, the term “unbanked” is an “informal term for adults who do not use banks or banking institutions in any capacity. Unbanked persons generally pay for things in cash or else purchase money orders or prepaid debit cards. Unbanked persons also typically do not have insurance, pensions, or any other type of professional money-related services. They may take advantage of alternative financial services, such as check-cashing and payday lending, if such services are available to them.”

While having a significant portion of U.S. households unbanked is not a good thing in normal times, when it comes to attempting to get federally approved stimulus payments to households that are unbanked is downright tricky.

The easiest way to quickly receive a stimulus payment is to have a bank account where the IRS can direct deposit the funds. For those without a bank account, this is harder to do.

More Stimulus Money on the Way

For some households, there will be more stimulus money on the way this coming July. Part of President Biden’s $1.9 trillion stimulus plan included direct payments for advanced child tax credit. Having a bank account will significantly speed up those payments.

In a recent conference call about the #GetBanked campaign, Leonard Chanin, deputy to the chairman for consumer protection and innovation at the FDIC stated, “When you look more closely at which families are unbanked, the evidence shows a disturbing disparity. Simply stated, we have to do better.”

An article in the Washington Post about the topic stated, “As part of the media campaign starting this week, the FDIC pointed to efforts to create no-cost or low-cost (as little as $5 a month) banking accounts for people afraid that fees and other charges would create a financial burden. The accounts, offered at 75 banks and credit unions under a national initiative called “Bank On,” are designed especially for the unbanked. People can open an account for $25 or less. Most importantly, with this type of account, overdraft or non-sufficient funds fees are not allowed. Transactions are declined if the funds are not in the account.”

To learn more about the #GetBanked campaign, go to the FDIC’s website.