Man Gets Stuck in ATM, Writes Notes to Escape 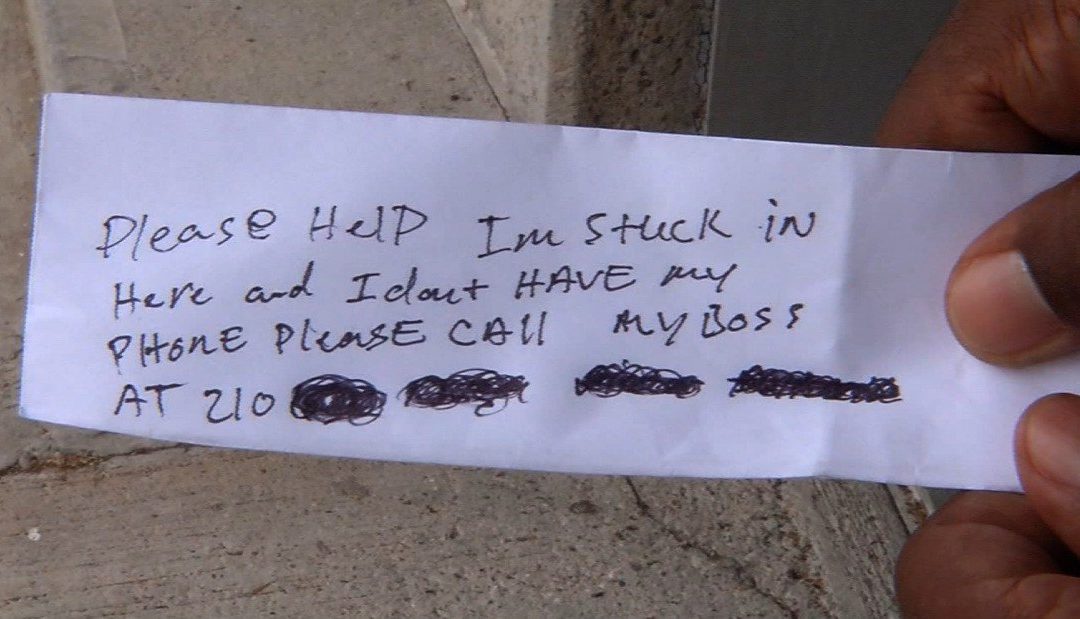 In 2017, James Portillo, a contracted electronic door lock engineer in Corpus Christi, TX, was working a job on an ATM room door when he found himself locked with a jammed door inside the ATM room for three hours.

According to Portillo, several outlets got it wrong. He was stuck in an ATM room, where the ATM was stored. But many outlets had reported he was stuck in an actual ATM. The door was jammed by a nearby construction site and he was unable to escape the room.

In addition, several news outlets inaccurately reported that the door had closed on him. Actually, the debris from the nearby construction site jammed the door. Stuck on the hinges of the door, he was unable to open the door.

Portillo tried to set off alarms and yelled at people trying to get their attention, as he had left his phone in his car to charge. So, the next best idea to try was to pass people notes through the receipt slot, which then led to his rescue! He asked his rescuer to call his boss, then to call his wife, because he heard her call his phone from his truck.

Well you definitely can’t fit in our ATMs, so there’s one of many benefits to purchasing Puloon’s ATMs. Click here for more information.