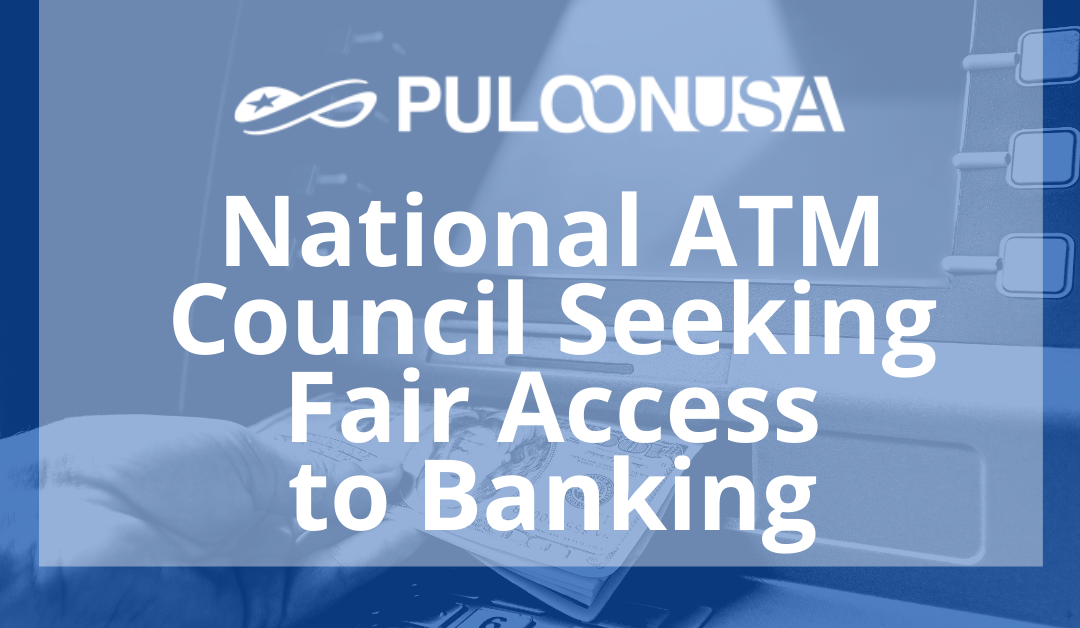 In December 2020, the U.S. Treasury Department – Office of the Comptroller of the Currency (OCC) issued a Notice of Proposed Rulemaking that proposes “ a regulation to ensure that national banks and Federal savings associations offer and provide fair access to financial services.”

The OCC’s proposed rulemaking is in direct response to the denial of banking services for a myriad of industries, including the independent ATM industry.

In response to the OCC’s proposal, the National ATM Council submitted comments on behalf of the ATM industry.

In its comments, which supported the proposed changes, the NAC’s comments stated, “NAC sincerely appreciates and wholeheartedly supports the OCC’s issuance of the Proposed Rule, intended to address, among other things, the severe hardships being experienced by lawful ATM Providers nationwide as a result of repeated unfair, unfounded, and wholly unreasonable denials of access to banking services. The effects of banks’ so-called “de-risking” by closing, or refusing to open, business bank accounts of members of the US Independent ATM industry have been nothing less than devastating. Unless promptly and effectively addressed, the continued inability of ATM Providers to obtain bank accounts, and the persistent uncertainty about their ability to retain the accounts they now hold, will remain an existential threat to untold numbers of ATM Providers, their many employees, the hundreds of ATM manufacturer, supplier, and distribution companies in ATM related industries, and the millions of Americans who rely upon these ATMs for ready access to cash.”

They went on to state, “The widespread, sudden, unjustified, and most often unexplained closures of the bank accounts of independent ATM Providers, coupled with the refusals of numerous banks to open new accounts for anyone in the US Independent ATM Industry, have continued unabated, even during the nation’s COVID pandemic crisis. This is particularly unwarranted because ATM services have been deemed “Essential Services” by the Cybersecurity & Infrastructure Security Agency of the Department of Homeland Security, and ATM Providers continue to serve a vital role in helping put pandemic recovery and unemployment funds into citizen’s hands (in addition to regular ongoing Social Security payments and other vital governmental benefit programs) across the country.”

A Need for ATMs

Highlighting that the independent ATM industry represents almost 60% of the ATMs in the U.S. today, the NAC points out that most of these ATMs are located largely in inner city and rural areas where banks or bank ATMs do not exist. If Independent ATM Deployers (IADs) were to pull their ATMs from these areas, they would very likely become “cash deserts.”

Additionally, bank branch closures have been on the rise. This trend has been exacerbated by the global coronavirus pandemic. With bank branches closing at a more rapid rate, independent ATMs are becoming more and more essential in order to meet cash accessibility needs.

As the OCC considers this important issue, the independent ATM industry waits with bated breath and hopes that the NAC’s comments are seriously considered.