Possible Changes to the Financial System in a Biden Administration 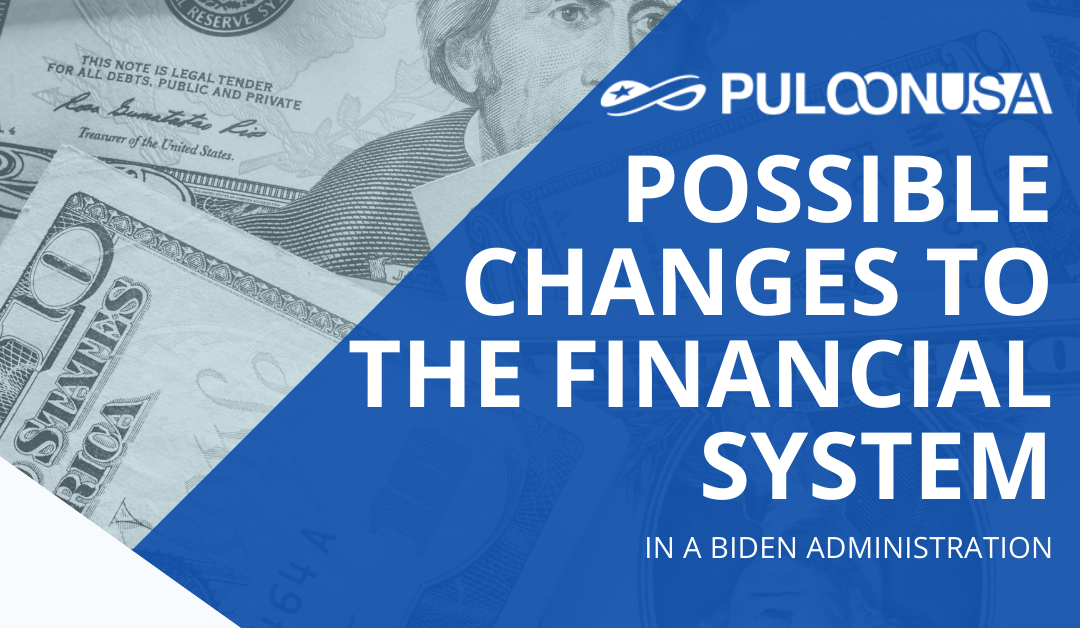 There is no doubt that a Biden Administration will look, and act, starkly different from the Trump Administration. This will not only affect things like the handling of the coronavirus pandemic, but also foreign policy, climate change issues, healthcare, and financial services.

First and foremost in the realm of financial services might be changes to the Consumer Financial Protection Bureau (CFPB). Namely, President-Elect Biden may choose to fire current CFPB director Kathy Kraninger in favor of a director who will better support and expand enforcement activities.

As recently reported by the CFPB, the CFPB collected civil penalties of $2.7 million in the first quarter of the current fiscal year, $8 in the second quarter (you read that right, eight dollars total), and $1.7 million in the third quarter.

In addition to possible changes at the CFPB, there are also likely other changes afoot when the Biden Administration comes into power:

President-Elect Biden has repeatedly said that he will not raise taxes on those earning less than $400,000 a year, which is the majority of Americans. According to the Tax Foundation, Biden’s plan would only raise taxes on individuals with “income above $400,000, including raising individual income, capital gains, and payroll taxes.”

Biden would raise taxes on corporations by raising the corporate income tax rate from 21% to 28% and imposing a corporate minimum book tax.

While free credit reports are currently available from the three major credit reporting bureaus, President-Elect Joe Biden would like to create the Public Credit Reporting Agency. According to Biden’s website states that, “today credit reports, which are issued by just three large private companies, are rife with problems: they often contain errors, they leave many “credit invisible” due to the sources used to generate a credit score, and they contribute to racial disparities. Biden will create a new public credit reporting agency within the Consumer Financial Protection Bureau to provide consumers with a government option that seeks to minimize racial disparities, for example by ensuring the algorithms used for credit scoring don’t have a discriminatory impact, and by accepting non-traditional sources of data like rental history and utility bills to establish credit.”

President-Elect Biden and Vermont Senator Bernie Sanders put together a task force which called for the creation of a postal banking system, run by the U.S. Postal Service and the Federal Reserve, which would allow individuals to have affordable bank accounts through the Fed, who would also create a real-time payment system.

Currently, the Federal Reserve is working on a payment system initiative called FedNow. The FedNow Service, “is a new instant payment service that the Federal Reserve Banks are developing to enable financial institutions of every size, and in every community across the U.S., to provide safe and efficient instant payment services in real time, around the clock, every day of the year.”

That being said, FedNow Executive Ken Montgomery has acknowledged that any digital payment system must be scrutinized to look at how digital dollars move through the banking system and how it can be turned to cash.

With fewer than two months until the inauguration of Joe Biden as the 46th President of the United States, industry leaders await decisions that may affect their businesses with bated breath.