The Importance of Cash During COVID-19 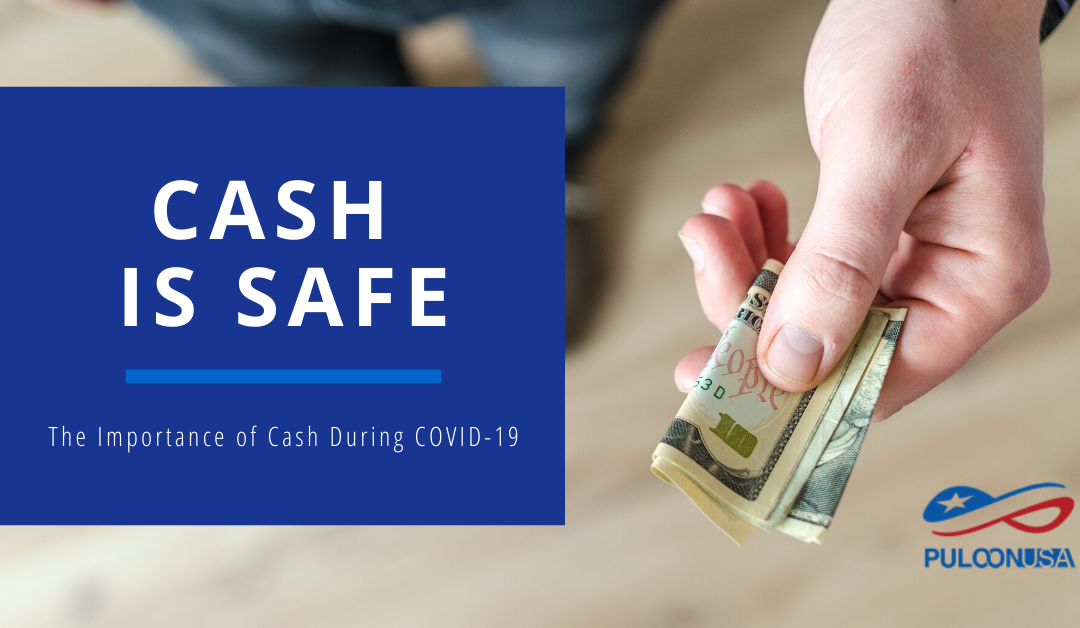 The Coronavirus COVID-19 global pandemic has brought about many different challenges worldwide. People are worried about their health, their loved ones, and their jobs. There are also a slate of unfounded fears circulating throughout society that need not add to the collective unease. One of these is the fear that using cash will spread COVID-19.

In early March, Reuters reported that the U.S. government had begun “quarantining physical dollars that it repatriates from Asia before recirculating them in the U.S. financial system as a precautionary measure against spreading the virus.”

Adding to the fear, some businesses have begun to prohibit cash transactions within their stores. However, this has the unintended consequences of prohibiting the underbanked from purchasing the goods and services that they need. According to Investopedia, the term underbanked “refers to individuals or families who manage their finances through cash transactions instead of more traditional financial services such as bank accounts, credit cards, and loans. This may be because they lack access to convenient, affordable banking services or because they prefer to use alternatives to traditional financial services.” According to the FDIC in a 2017 study, approximately 25% of American households are underbanked.

So, Why the Fear About Cash Spreading COVID-19?

MIT Medical, based in Cambridge, MA, has stated that according to the Center for Disease Control (CDC), “It may also be possible to get COVID-19 by touching a surface or object that has the virus on it and then touching your own mouth, nose, or eyes. However, scientists do not believe this is the main way the virus spreads. To minimize the possibility of contracting the virus in this way, the CDC recommends frequent hand-washing with soap and water or using an alcohol-based hand rub. The CDC also recommends routine cleaning of frequently touched surfaces.”

However, these fears about cash appear to be largely unfounded. The Bank for International Settlements (BIS), an international financial institution owned by 62 international central banks, released a paper in early April which found that, “Scientific evidence suggests that the probability of transmission via banknotes is low when compared with other frequently-touched objects, such as credit card terminals or PIN pads.” Additionally, the report stated that, “To bolster trust in cash, central banks are actively communicating, urging continued acceptance of cash and, in some instances, sterilising or quarantining banknotes.”

In addition, the ATM Industry Association (ATMIA) has stated that according to the National Institute for Health (NIH), the COVID-19 virus can live on hard surfaces, such as credit cards and credit card readers, for up to three days. Whereas on porous surfaces, such as paper, cloth, and cash, the COVID-19 virus can only live for up to 24 hours, making cash a much safer option than a credit or debit card.

What Can ATM Owners Do To Be Safe?

Out of an abundance of caution, ATM owners can assure their customers that the cash that has been vaulted into their machines has been quarantined for a period of time. This would help to ensure that any risk of transmitting COVID-19 via accessing cash from their ATM would be extremely low. ATM owners can also frequently clean their ATMs as per CDC guidelines.

Most importantly, it’s vital for ATM owners to communicate with their customers about the steps they are taking to keep everyone safe. This can be done via a message on the home screen of the ATM or even a placard attached to the ATM.

By following recommended guidelines and frequent and updated information, ATM owners can ease fears about the use of cash so that customers can feel safe accessing cash while having one less thing to worry about.