The Reliability of a Mechanical Cash Dispenser 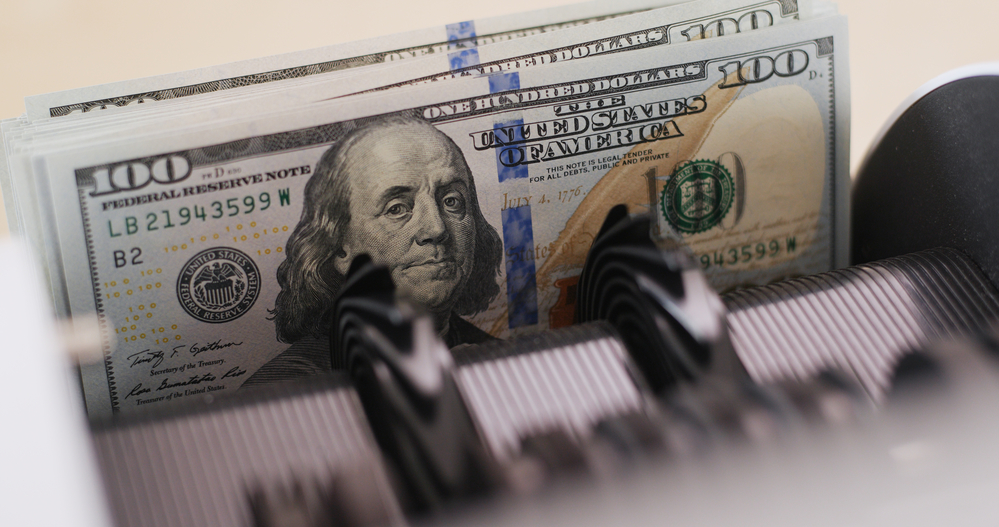 The Automated Teller Machine, or ATM, has become a common sight across the world. From the biggest of big cities to the smallest of one-horse towns, you’re going to find at least one or two ATMs ready and waiting for you if you need them – and at the core of every ATM lies its ability to provide cash for its users in either the form of an electronic or mechanical cash dispenser.

More important than any card reader, touch screen, or any other feature that modern ATMs have today, it’s this electronic or mechanical cash dispenser that makes an ATM more than just a hunk of plastic and metal. However, if there’s one thing that’s absolutely clear, it’s that mechanical dispensers have some major advantages of electronic ones. Here’s what you need to know about ATMs and their reliable, ever-beating heart — the mechanical cash dispenser.

A Bit of ATM History

The first ATM was installed in a Barclays Bank branch in North London in 1967 in order to provide account holders access to their cash even when the bank branch wasn’t open. This early ATM used paper checks at first before then expanding into being able to take a six-digit PIN. A few years later, in 1972, a cash machine that more closely resembled what you would expect from a modern ATM was installed in yet another British bank.

In the meantime, ATMs of all sorts have spread across the globe since then. These early ATMs were large, made almost completely made of metal, and often inset into the outside walls of the banks they served. They didn’t have the ability to communicate with banks over the telephone or the internet, either – which is why they were so closely tied to the banks they served.

The ATMs of Today

Today’s ATMs, of course, have come a long way. The modern ATM is made from a combination of metal alloys, plastic parts, and electronics — all of which makes them lighter, less expensive, small enough to be placed anywhere, and overall more efficient.

However, for all this modernization and for all the new technology. Yet not every modern iteration of technology is necessarily the best. A point reinforcing this fact is how many modern ATMs make use of electronic cash dispensers instead of mechanical ones. Electronic dispensers, it’s sad to say, have a substantially higher chance of failure than their mechanical versions. It’s a clear-cut case of “if it ain’t broke, don’t fix it”.

Here at Puloon USA, the mechanical cash dispenser is a specialty. This company has been the industry leader for years because of it, and people waste no time turning to us to replace one of their failed dispensers in the variety of other ATMs that we service. It’s no surprise, considering how we’ve established such a strong reputation for excellence.

Puloon USA continues to build on that reputation by supporting our many customers with our products. The company continues to employ what it calls its “best-in-class” mechanical cash dispenser design because of its famous reliability and simplicity. Every single Puloon ATM fitted with one of these mechanical cash dispensers will pass out millions of bills before running into any issues.

What Should Distributors Look for in an ATM that They Sell?

If you’re a distributor, you need to provide a wide range of ATMs to your customers of all needs and budgets. That being said, you do need to ensure that the ATMs you have for sale are up-to-date on any and all security standards. Every single Puloon ATM that comes from our warehouse is both PCI 3.0 and EMV compliant, so you can rest assured you won’t need to update them before you can sell them to a customer.

Security is an important issue for distributors, but you need to also ensure your ATMs are mechanically sound, have the cassette options you need, and will dispense money properly upon use. You can breathe easy with your Puloon ATMs, knowing that company machines all come with a mechanical cash dispenser under the hood, known for its efficiency and reliability.

Profitability Comes in a Close Second

Nobody starts an ATM distribution service out of the goodness of their own heart. Distributing and reselling ATMs to companies is a business unto itself. The ATM industry is one that has traditionally been an excellent choice for solo entrepreneurs who want to fire up their own business. Yet recently, global economics have been turning the entire ATM industry into a loss-leading sale thanks to the prices on ATMs being in freefall.

Today, however, you don’t have to rely on recouping your revenue on processing. Puloon USA’s ATM prices are positioned to provide you a much wider margin than you would receive from the sale of a competitor’s machine. In fact, you can expect a profit of between $200 and $700 on every Puloon ATM you sell. That’s how you change the game.

Don’t Believe Us? Take a Look at Our Pricing Comparisons!

Distributors save more with Puloon. We’ve got the numbers to back that up. Here’s our price comparisons on single 1k and high-capacity 6k dispensers.

Our 1k dispenser comparison shows you how you can save $230 by a single choice:

Meanwhile, our 6k high-capacity dispenser comparison shows you savings of $705:

Think that’s impressive? Puloon also provides multiple currency 1k dispensers. If you need a multiple denomination ATM, Puloon is your best bet, you can save $780 as shown below:

Looking for a 2k dispenser with just one denomination? Puloon has your back here as well, offering you $130 in savings over competitors:

So if you’re tired of getting the wrong end of the stick when it comes to cash dispenser pricing, turn to Puloon USA. We’ve got the most inexpensive — and most durable — ATMs available on the market. Call us or visit our website today!