The Rise of Cash 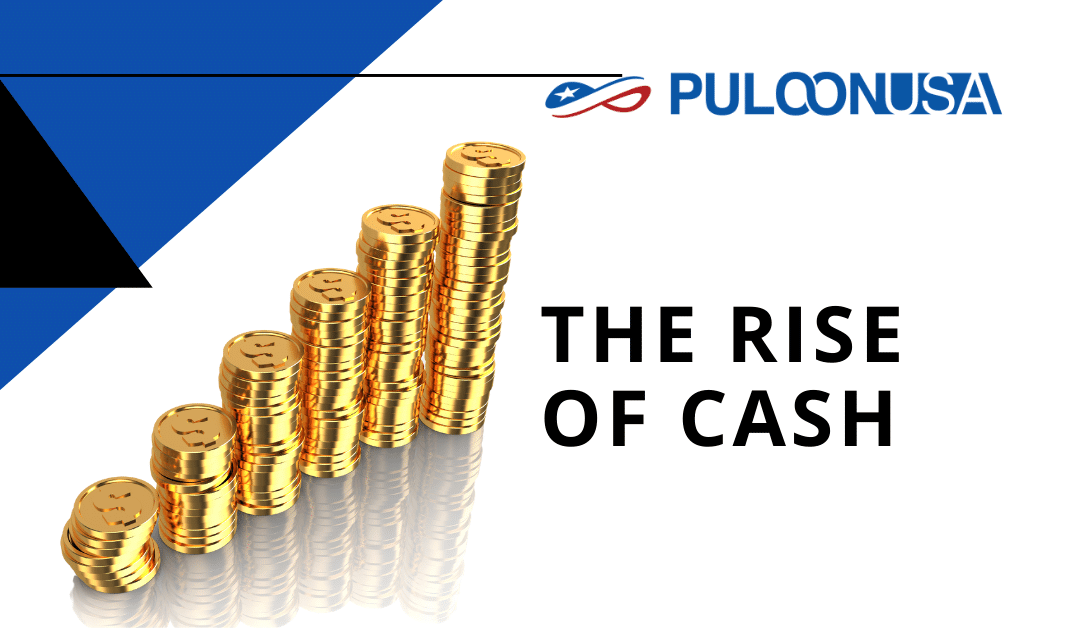 During a global pandemic when mobile and touchless payment systems seem to be all the rage, it may come as a surprise that the demand for cash itself is also on the rise. According to the Federal Reserve, at the end of December 2020 the amount of American cash currency in circulation totalled $2.09 trillion, a new record. This amount had increased from the February before the pandemic by 16% or $293 billion. It reflects a doubling of the currency in circulation since 2011. 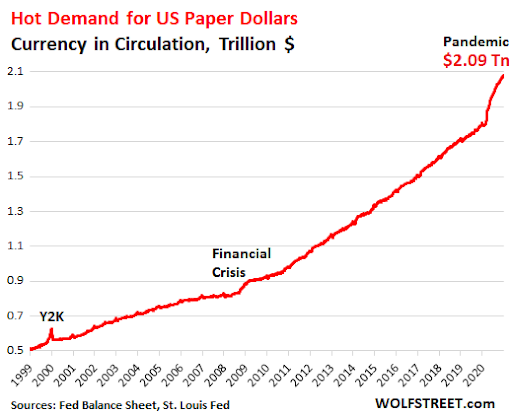 Hiding Money Under the Mattress

According to Bloomberg Opinion columnist, Mark Gilbert, “The combination of ultra-low interest rates around the world and pandemic-inspired hoarding are instigating not only a preference for cash but also for the highest-denomination bills.”

In a 2018 report about the demand for $100 bills, the Federal Reserve Bank of Chicago stated, “When interest rates are low, the opportunity cost of holding currency instead of putting money in the bank is lower, and people may tend to hold more currency.”

Interestingly, much of the cash hoarding of U.S. dollars occurs abroad. That cash then ends up in the U.S. banking system via correspondent banks. Additionally, cash is traditionally used for criminal activities such as drug trafficking and money laundering.

In his recent Bloomberg piece, Mark Gilbert also wrote, “So if you’re seeking to insulate your savings from the threat of negative interest rates, or hoarding money in case the banking system collapses, or keeping your wealth in paper currency away from the prying eyes of the authorities, you’re not alone. For many people, cash is still king.”